At present, the commercial industry generates $4 billion dollars a year. Television commercials is a proven and superior method of advertising. It is efficient, effective and reaches a mass attentive audience with each showing. It showcases a business, product or service with sight, sound, motion and emotion. A 30 second spot on television can cost anywhere from $40 to $76,000 depending on the time of day, day of the week, the network, the show, the audience, the season, etc. Time on television is so expensive because it is limited to so many minutes per show and so many shows per day. Newspapers for instance can add pages to their newspaper, a luxury television does not have. However, television doesn’t have the limitations of radio and newsprint and reaches a much larger audience.

Every business needs to get their name out there to the consumers, and the commercial industry provides a means for them to do that.

The Television Bureau of Advertising states, “The public’s perception of advertising in media is critical in the process of selling products and services. Television gets nearly half the votes for Most Authoritative and 74% for Most Exciting, driven by TV’s ability to deliver the advertiser’s message utilizing sight, sound, motion, emotion and color

It is a small production company by choice. AFMP is small so that we can keep overhead costs low, therefore keeping our production fees down. Most employees are freelance contract workers who come on board a project only when their role begins. We offer fresh, talented, and dedicated professionals who specialize in their respective fields, to collaborate and bring together a top quality, effective product. 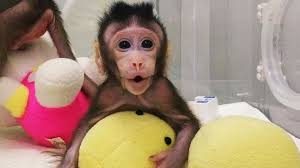